The Brembo North America gray iron foundry in Homer, MI, had been earning attention from metalcasters for several years prior to its opening last spring. When it announced the new capacity project in 2014, the brake specialist made clear its intention to be present in the region’s automotive supply chain, customizing its production capabilities in line with its own product and technologies standards. Those standards had previously been established with a new foundry project in Poland, and continue to be demonstrated by Brembo’s development of an aluminum foundry complex in Mexico.

But the Michigan project now has drawn recognition and praise of a different sort: The project was among a short list of honorees earning the Engineering Society of Detroit’s 43rd Annual ESD Construction & Design Award, with acknowledgement going equally to the new building’ owners, designers, and constructors, with credit for outstanding team achievements and innovative uses of technology. 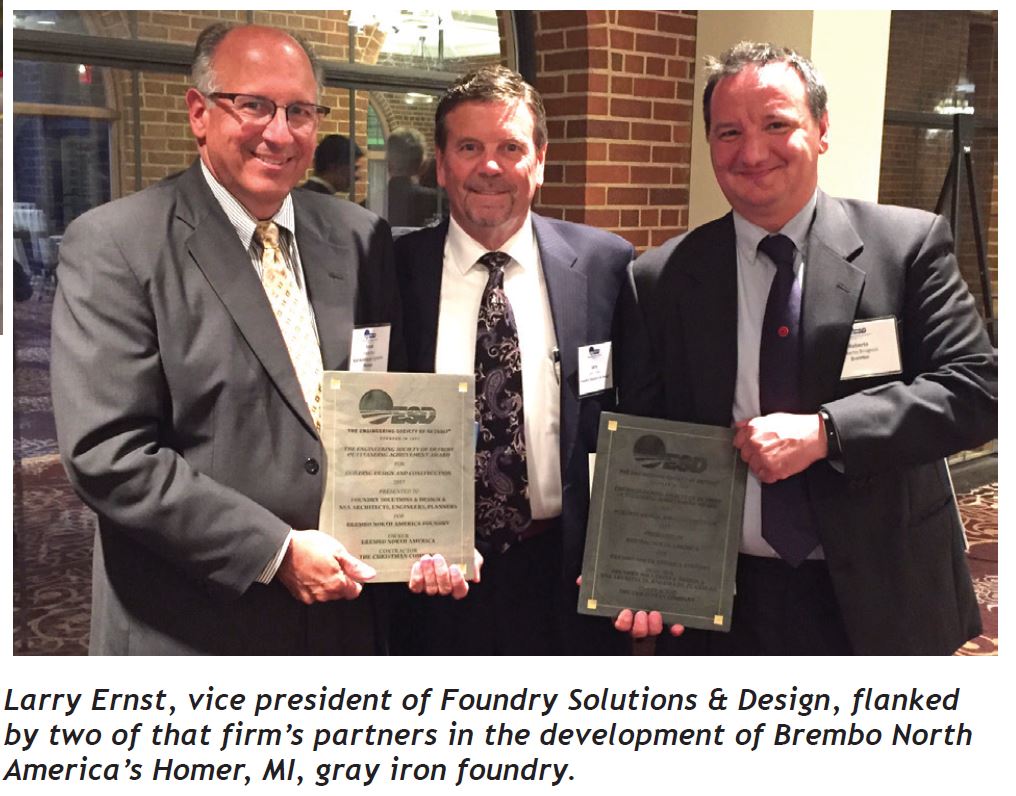 In addition to Brembo North America, the ESD Construction & Design Award was presented to Foundry Solutions & Design, the engineering design group that conceived and planned the foundry operation; NSA Architects, Engineers, Planners, which handled the aesthetic and overall design, and The Christman Company, the project’s general contractor. 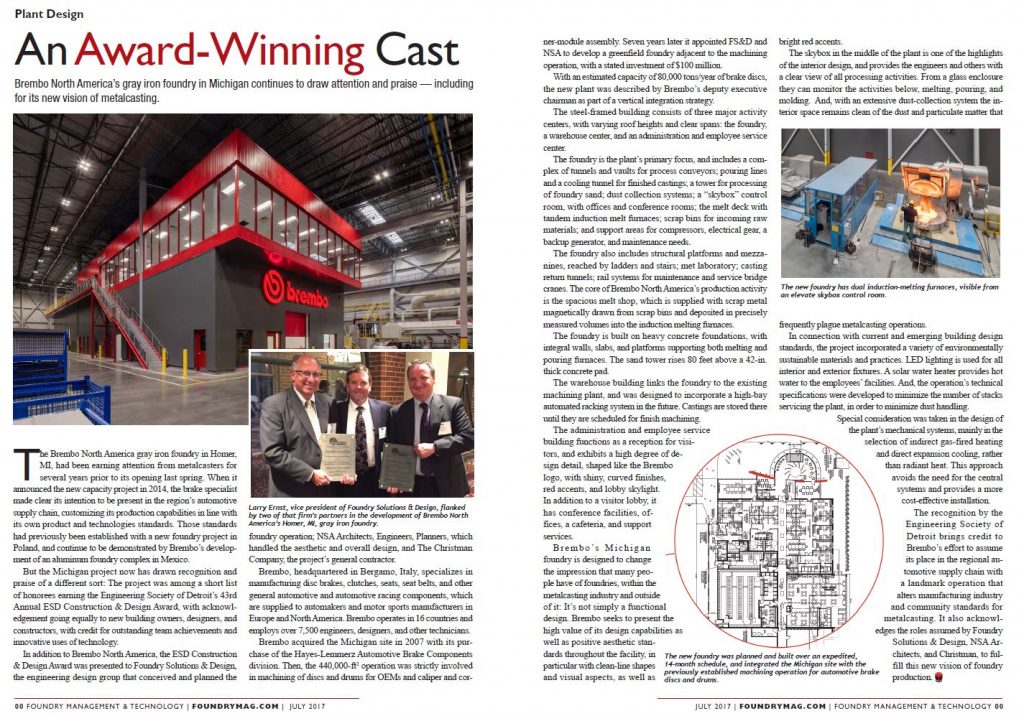